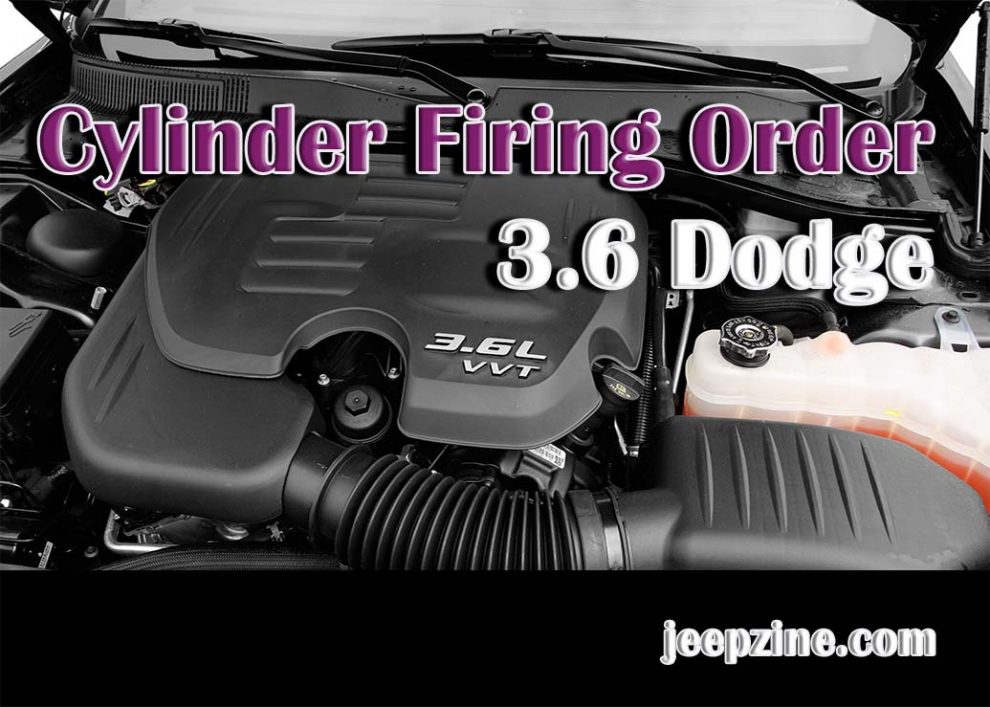 Here, we have the Dodge 3.6 V6 engine, also known as Pentastar. Penta, by the way, means five. It is a mighty workhorse: dependable and long-lasting. So, it totally makes sense why such an engine has been used in more than 10 million Dodge, Chrysler and Jeep cars over the past 10 years. However, no matter how powerful it is, activating all 6 cylinders at the same time will lead to overheating.

The good news is – the Dodge 3.6 firing order won’t allow that. It’s there to ensure every single cylinder fires at a specific time for smooth operation. Think of it as the engine’s safety protocol. For multi-cylinder engines, strict and coordinated firing order is a must. Technically, it’s not an easy thing to accomplish, but it’s a necessary one.

And please do remember that engines manufactured by different companies come with their own, unique firing orders. In addition, each engine variation has its own, very specific firing order. What that means is that the Dodge 3.6 Pentastar firing order is different from that of the Chevy 350, Ford 5. 4 Triton, or any other motor on the market.

What is the Dodge 3.6 Firing Order?