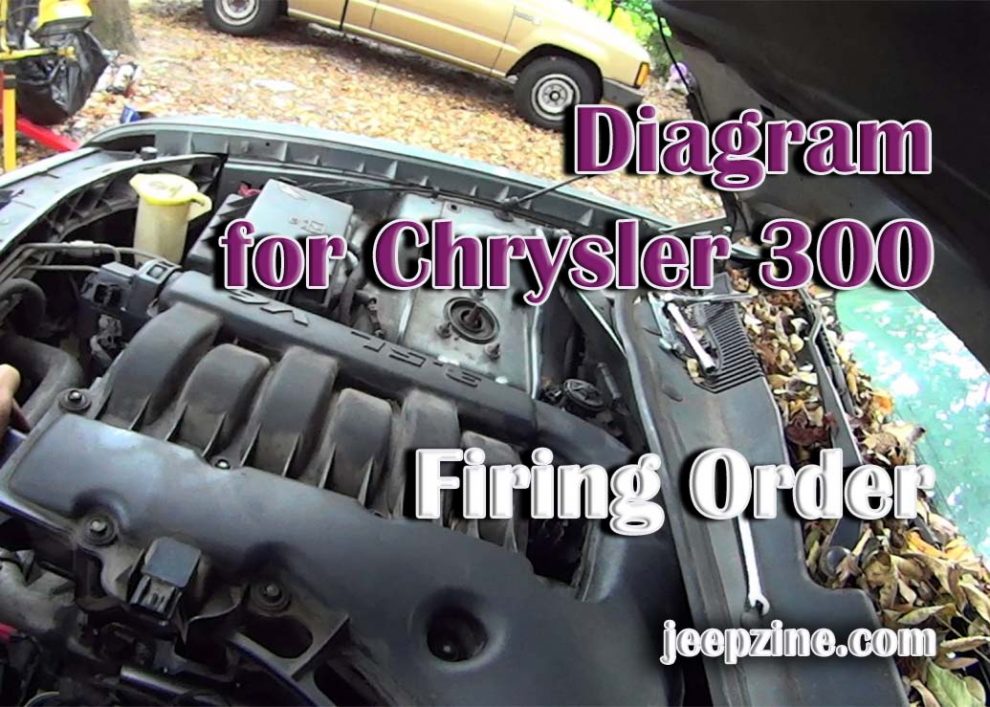 Alright, let’s take a quick look at the engine that comes packed with the Chrysler 300, sometimes referred to as Lancia Thema. This is a full-sized luxury car, first produced in February 2004. And, most Chrysler 300 cars feature a standard Pentastar 3.0L V6 engine. It has 292 horsepower with 260 pound-feet of torque.  However, no matter how powerful it is, activating all 8 cylinders at the same time will lead to overheating.

Fortunately, such a thing will not happen, all thanks to the Chrysler 300 firing order. It’s there to ensure every single cylinder fires at a specific time for smooth operation. Think of it as the engine’s safety protocol. For multi-cylinder engines, strict and coordinated firing order is a must. Technically, it’s not an easy thing to accomplish, but it’s a necessary one.

And please do remember that engines manufactured by different companies come with their own, unique firing orders. In addition, each engine variation has its own, very specific firing order. For example, the Chrysler 300 firing order is NOT the same as the order of HEMI 5.7, Ford 5.4 Triton, or Chevy 350.

Now, with the basics out of the way, it’s time to familiarize ourselves with the Pentastar’s firing order. The sequence is actually rather straightforward and goes like 1 – 2 – 3 – 4 – 5 – 6. You might think that this is a unique sequence, but the same diagram is found in most V6 engines manufactured by Chrysler, including the 2.7, 3.5, and 3.8 units.

So, if you own one of those motors, cylinder number 1 will always fire first, joined by cylinder number 2. After that, the third cylinder enters the scene, followed by the fourth one. The fifth cylinder sticks to the set order and fires next, with the sixth cylinder being the last one to ignite.