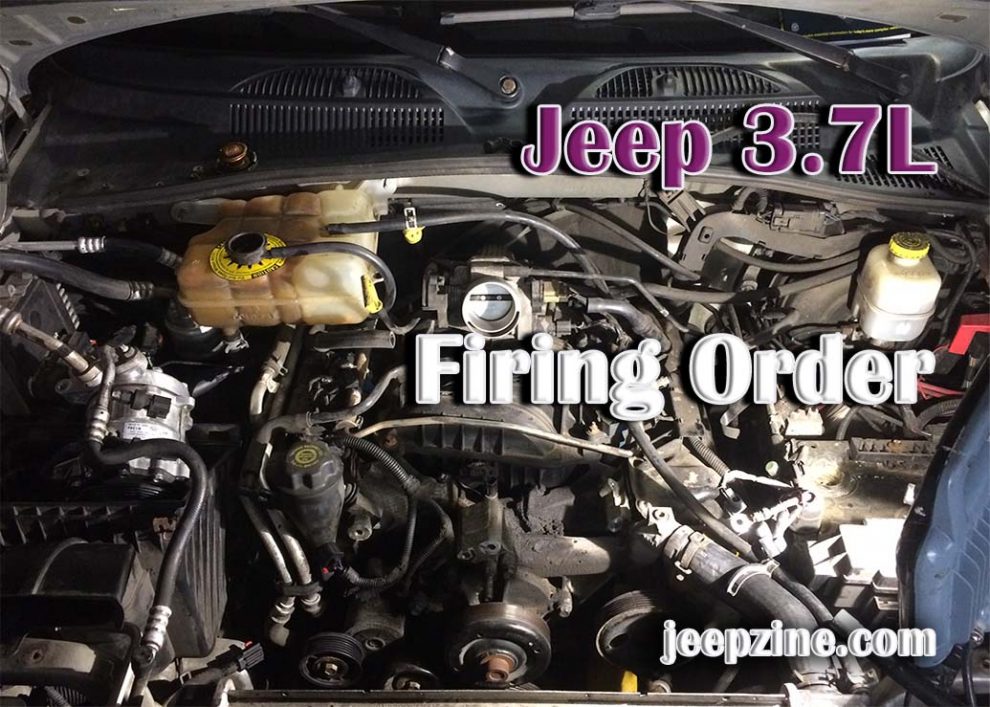 Let’s take a quick look at the Jeep 3.7L V6 PowerTech engine (also known as 3.7 EGK and Dodge 3.7L Magnum). This right here is a 3.7-liter, six-cylinder (hence, Magnum) gasoline motor manufactured by Chrysler. The engine is good for 208 horsepower and boasts a maximum torque of 235 lb-ft. That makes the PowerTech a near-perfect engine for off-roading, rock crawling, and “civilized” driving. However, no matter how powerful it is, activating all 6 cylinders at the same time will lead to overheating.

Fortunately, the 3.7 Jeep firing order won’t allow that. It’s there to ensure every single cylinder fires at a specific time for smooth operation. Think of it as the engine’s safety protocol. For multi-cylinder engines, strict and coordinated firing order is a must. Technically, it’s not an easy thing to accomplish, but it’s a necessary one.

And please do remember that engines manufactured by different companies come with their own, unique firing orders. In addition, each engine variation has its own, very specific firing order. That means the Jeep 3.7 EGK firing order is unique and different from other popular motors like Dodge 3.6 V6, Chevy 350 V8, or Ford 5.4 Triton V8.

What is the Jeep 3.7 Firing Order?

As mentioned, the Jeep 3.7L engine was developed by Chrysler. The manufacturer produced lots of these engines from 2002 to 2012, perfecting the original formula for its best-selling line-up of big, strong vehicles. As for the firing order, it goes like this: 1 – 6 – 5 – 4 – 3 – 2.

It’s not that hard to figure out that cylinder number 1 always fires first, making way for the rest. Cylinder number 6 – the last one in the pack – comes next. It is then followed by cylinders number 5, number 4, and number 3. Finishing the cycle, we’ve got the second cylinder firing up and restarting the whole thing.