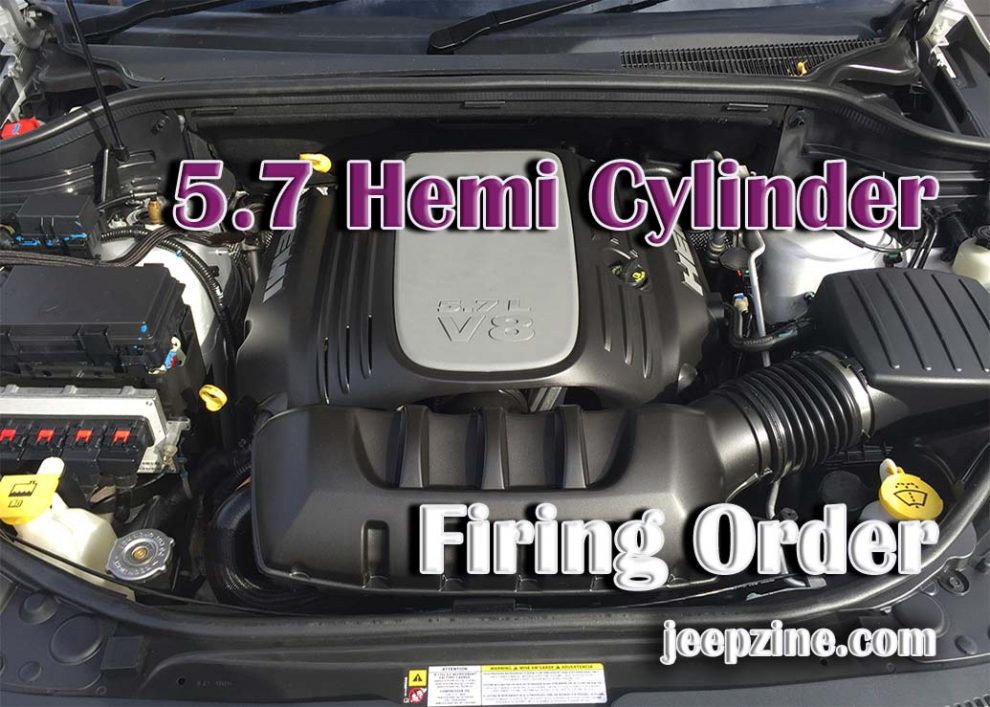 Alright, now let’s check out what Hemi 5.7 V8 has onboard. When talking about the Hemi family engines, it’s safe to say that we are dealing with one of the finest motors out there. The Hemis can serve for up to 200K – 300K miles. As for the 5.7 unit, it manages to stand out even more, which is why it’s often called the most reliable engine for a truck or SUV. The Hemi 5.7 is also very powerful. It packs 370 horsepower with 395 lb.-ft. of torque – an impressive amount of “oomph”. However, no matter how powerful it is, activating all 8 cylinders at the same time will lead to overheating.

Lucky for us, the 5.7 Hemi firing order won’t let that happen. It’s there to ensure every single cylinder fires at a specific time for smooth operation. Think of it as the engine’s safety protocol. For multi-cylinder engines, strict and coordinated firing order is a must. Technically, it’s not an easy thing to accomplish, but it’s a necessary one.

And please do remember that engines manufactured by different companies come with their own, unique firing orders. In addition, each engine variation has its own, very specific firing order. That’s right: the Hemi 5.7 V8 firing order is different from that of the Chevy 350 V8, Jeep 3.7L EGK V6, or the Ford 5.4 Triton V8.

The Hemi (short for ‘hemispherical’) 5.7 engine was developed by Chrysler in 2003 and instantly became a crowd-pleaser. It’s an outstanding engine with an extended lifespan and lots of power. As for the firing order, it goes like this: 1 – 8 – 4 – 3 – 6 – 5 – 7 – 2. Every single one of the cylinders gets a chance to fire, but that only happens in a strict order.

When you start the engine, the very first cylinder fires first, then fires cylinder number 8. After that, the fourth cylinder jumps into the sequence, followed by cylinder number 3. The second cylinder is the last one to fire. No matter how fast or slow you drive, it will always be the final step in the cycle.