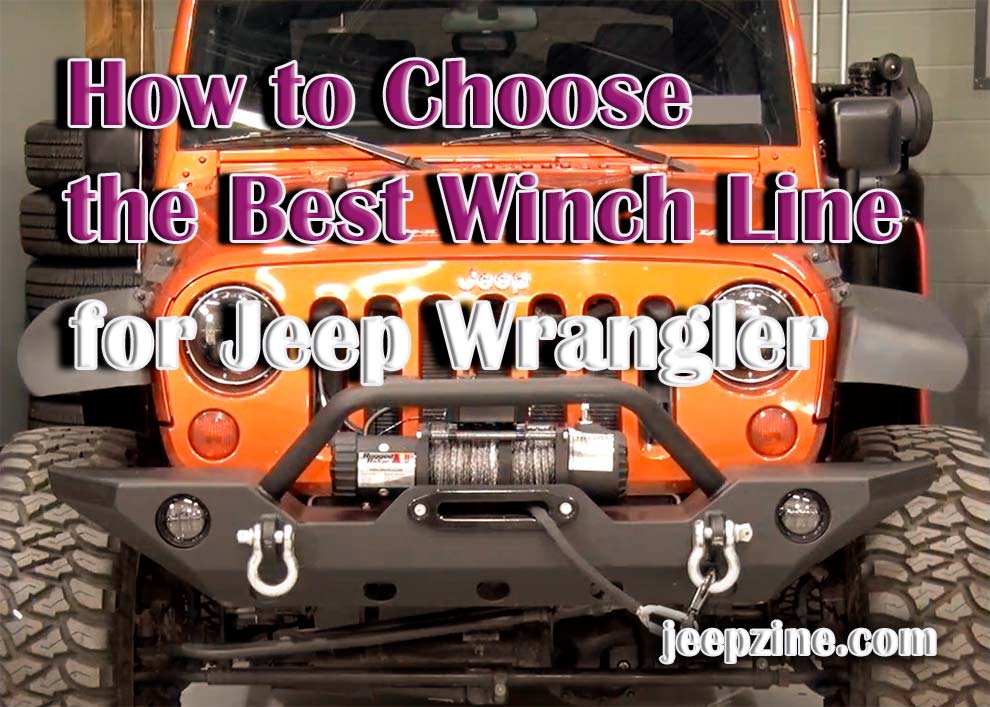 Winch for Jeep is a special winch mechanism, which is able to move the vehicle horizontally by means of traction force in case of its inability to move independently due to defects, wheels stuck in mud or obstacles in the way. Today’s range offered by leading manufacturers allows you to choose a device for any off-road vehicle model and operating conditions. If you do not know what winch to choose for your Jeep Wrangler, I advise you to read the recommendations of experts.

The main difference of modern winches is in the features of their functioning. This parameter determines the type of design, cost, as well as the scope of use of the device.

· Manual models. Such devices have a drum, traction or lever mechanism, which creates traction force as a result of the physical impact of the user on a special handle. The devices have a simple design and low weight. However, they can be used only for passenger cars weighing up to 1 ton.

· Electric models. Equipped with an electric motor powered by an on-board network. They have a higher towing capacity, which allows them to be used both for cars and heavy SUVs.

· Mechanical models. Receive power from the car engine, which comes through the power take-off unit. Suitable for machines with a special configuration of the transfer case. Characterized by high traction, adjustable speed, high reliability and unpretentiousness in service.

· Hydraulic models. They are equipped with hydraulic motor, which receives the working fluid from the standard hydraulic system.

Jeeps are machines with a powerful engine and high cross-country ability. But even “Terminators” in the world of cars are not immune to unpredictable force majeure situations. Example: you have gone for a rest behind the city, but have got in not too pleasant situation – the car has stuck in bog! In that case you have two ways out. The first is to use the services of an emergency service. The second is less expensive and practical – to use the car winch. The presented text will help you to choose the car winch correctly.

How to Choose A Car Winch?

The winch is a tool that will help to pull an off-road vehicle of any severity from captivity. But when buying a winch, you should consider a number of nuances that play an important role. The very process of “freeing” the car is as follows:

They are controlled by the rotation of the crank and are equipped with a toothed drum and rope. Drum winches have a maximum of twice the pulling force. When selecting a drum winch, the capacity of the tool must be taken into account. When moving loads vertically, the capacity of the mechanism is reduced by half.

They consist of two hooks, a wheel, a rope and are operated by a lever. With the lever, the rope is wound up and secured on a drum. The advantage of such a winch is that it does not have to be attached to the surface of the object to be moved, which expands the possibilities of its use. Such winches are used for pulling vehicles as well as for moving loads in the home and construction.

They are most often used in construction to pull various loads. Such winches consist of a body, a rotating wheel with a rope and a handle with a locking device. The pulling takes place with the help of a worm and a worm wheel clutch. Such a winch has holes for bolts and requires the winch to be mounted on the surface.

They are some of the most powerful and reliable types of winches. They are powered by the vehicle’s engine. A special transmission shaft takes the torque from the car’s transfer case and drives a spinning drum with a rope. The cable winding speed of such winches corresponds to the vehicle’s engine speed. Mechanical winches are powerful enough to cope with all the obstacles in the off-road. However, their use has limitations. Mechanical winches can only be installed on off-road vehicles, and not all off-road vehicles have room to fit a power take-off box.

They are popular among motorists because of their light weight and ease of installation. They are able to move the load horizontally and uphill. Electric winches consist of an electric motor, a gearbox, a drum with a rope and a hook. Winches are powered by a car battery and have a high cable winding speed.

Although Jeep Wranglers are off-road vehicles, even they can stall in some conditions. For example, when driving in sand dunes or through swampy terrain. And in order to avoid having to call for help from the rescuers, the vehicle should be equipped with a winch. And this is where many car owners have difficulty with their choice. So, I hope this article was useful for you and you found out how to choose the right winch.