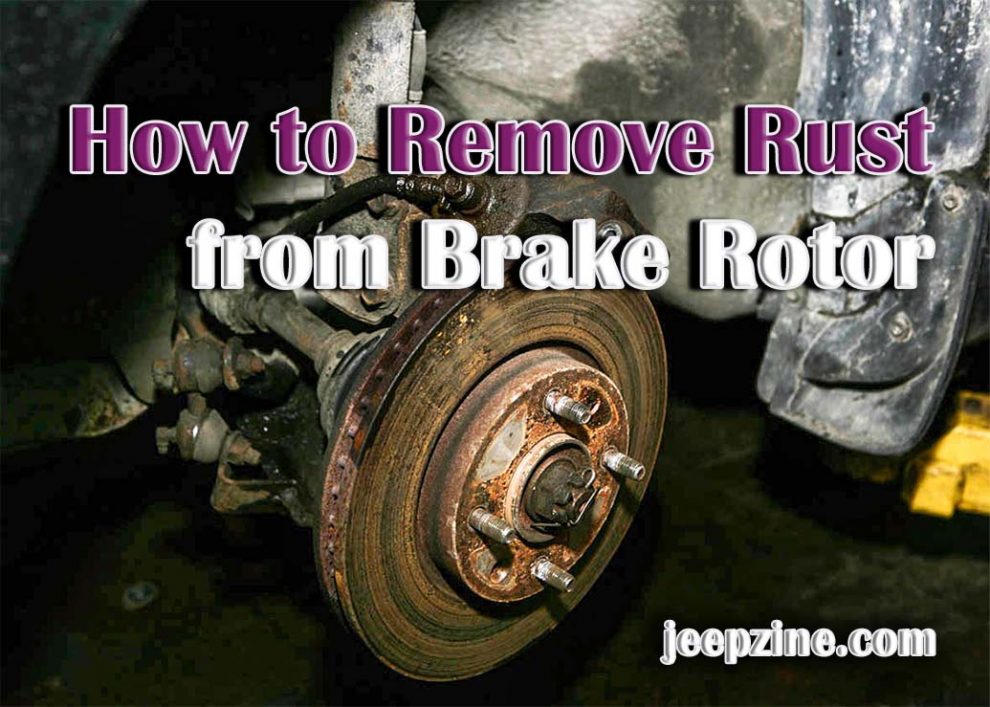 Rust develops very quickly on brake rotors. It prevents the brakes from working properly and is gradually transferred to other parts of the vehicle.  And you have to get rid of it not only from the working surface, but also from other parts. And to do it properly and safely, you need to know the causes of its appearance, and what means to help in this.

Strange as it may seem, but brake rotors are made of metals that have low resistance to rust. And the rusting process starts as soon as moisture has accumulated on the rotor. So why not use stainless metals for rotors? It’s simple. They have a very low coefficient of friction. The place where the brake rotor contacts the pads is called the friction surface.

At this point, rust is almost never formed due to the frequent friction. But if the car has been standing for a long time, corrosion may form in the contact areas, which has a bad effect on the braking of the car in the future. A non-working surface like no other suffers from corrosion. In addition, corrosion can crumble and fall on other parts of the braking system.

How to Remove Rust from Brake Rotor

Start with a good visual inspection of the rotor. If there is severe rust or pitting, you might consider replacing the rotor rather than trying to remove the rust yourself. In this case it would be interesting for you to see the Best Brake Rotors for F250 Super Duty. However, if the rust is only superficial, you may be able to remove it with a little effort.

You remove rust from brake rotor by a variety of methods. But if other parts of the car are cleaned carefully for fear of damaging it, then you should not worry so much about the brake rotors. It’s a mechanism that constantly rubs against the pads, and minor scratches won’t hurt it. However, it is important to avoid cracks and deep indentations. The main thing in cleaning the brakes – do not use products that reduce the coefficient of friction.

You will need any tools that can be used to clean the surface. Most often the following type of tools are used:

First, you need to jack up the car and install the support struts underneath it. Remove the wheels and gently knock out the rotor with a hammer. You can use the tools listed above. Use a wire brush to remove loose rust from the surface of the rotor. Be sure to brush in all directions to loosen as much rust as possible. After cleaning, use sandpaper to remove any remaining rust. Start with coarse sandpaper and move to finer sandpaper until the surface is smooth.

All remedies are based on acids that react with iron. Currently available in three types: sprays, liquids and gels. Sprays do little or no cleaning of heavy rust. However, they do a great job on parts where rust is just starting to appear. Simply spray the mixture on the rusty surface and wipe with a rag.

Liquids are used in conjunction with the mechanical cleaning method. The product should be applied to the parts and give them some time. The liquid will react with the rust, and it will be much easier to clean it. Rust removal gels are also called rust converters. They do not get rid of unwanted formations, but convert them to other compounds. After the conversion, the part is wiped down with a rag.

Driving with rusty brake rotors can be dangerous, so don’t put off this maintenance project any longer!

With a little time and effort, you can easily remove the rust from your brake rotors yourself. Just check them regularly and remove the rust as soon as possible to avoid future problems. Thanks for reading!