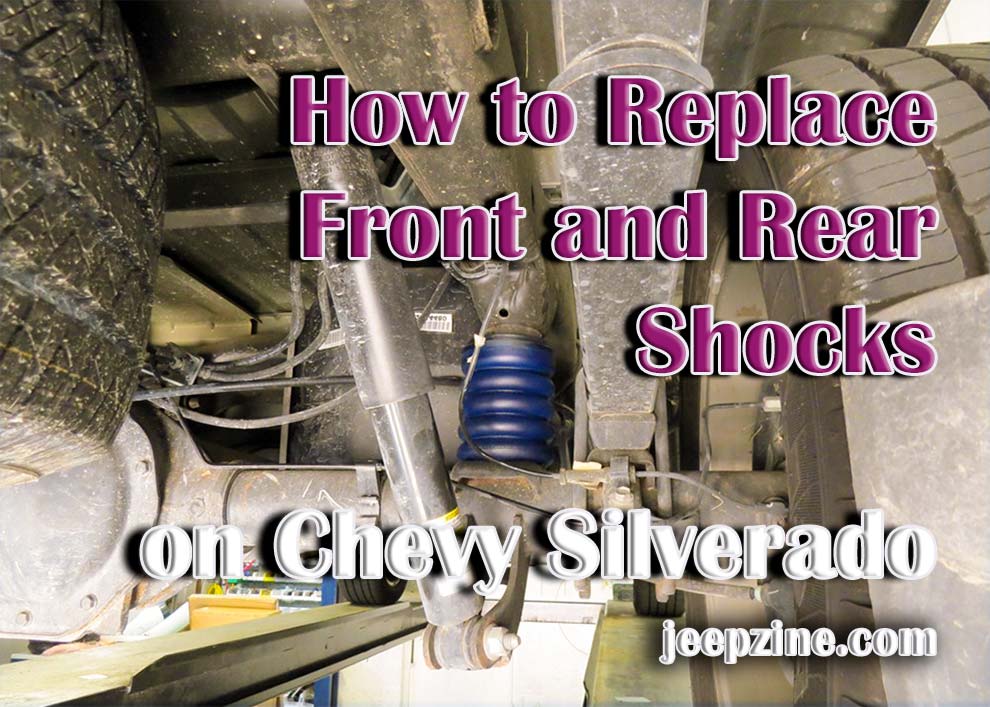 In 2001, GM launched the all-new Chevrolet Silverado (GMC Yukon) with the latest RIDE CONTROL adaptive suspension system. These were the cars in the body of GMT 840. It was an advanced technology at that time. The cars with this system were able to adjust to road conditions, changing the stiffness of shock absorbers and increasing the stability of the car on the road.

The third generation of Chevrolet Silverado and GMC Yukon GMT 900 trucks had a torsion bars suspension system instead of torsions, and had some design differences. The system was improved since 2010, which was called Magnetic Ride. Its fundamental difference from the previous system is the absence of initial shock absorber stiffness. The brand-new Chevrolet Silverado 900 rear shock absorbers were pumped with a booster compressor, which stood under the rear left fender of the car. These parts had a number of typical failures. The air intake for the air pump was located behind the rear left wheel and it worked so that in wet weather conditions, all the water would get inside the air system.

They look very similar to the original, but in fact, do not perform the Magnetic Ride Control and are installed only with the bumpers, so as not to generate an error on the dashboard. We recommend installing only the original.

How to Replace Front and Rear Shocks on a Chevy Silverado

To change the front struts, you need to perform a number of the following manipulations:

As you can see, the process is easy to do the same on the other side and the front ones are done. There is no camber adjustment on this model, which means installing serviceable components on an undamaged body results in the correct camber value.

Replacing the rear and front shock absorbers is not a difficult procedure, if you want to do it yourself in a garage or on a suitable site. If the owner wants to drive with comfort, not to expose himself and other traffic participants to danger, you should periodically check the serviceability of shock absorbers.