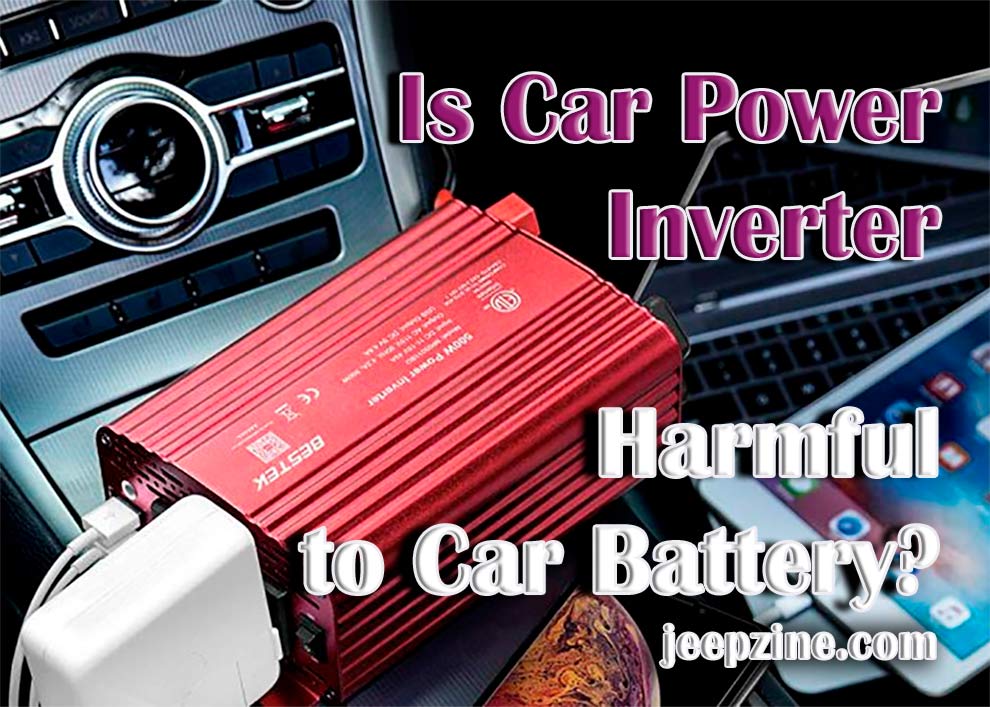 Inverters are electronic devices that convert a constant low voltage from the batteries to an alternating voltage of 220 V. Energy is pumped into the batteries in advance, either by the same inverter from the mains or, for example, by means of the car’s onboard network. The inverter is the heart of the autonomous or backup power system. That’s why it is so important to pay special attention to the choice of an inverter when selecting a system of autonomous or standby power supply system. That is why today I am going to tell you are power inverters bad for your car or not.

There Are Several Basic Applications of Inverters

The inverters are available in different versions: modified sine and pure sine, with high or low-frequency technology, with the possibility of recharging batteries and without built-in battery charger, connected to batteries at 12 or 24 or 48 V, with rich functionality and without it.

And among the low-frequency, there are inverters on conventional transformers and advanced models on transformers made in the form of a bagel, or rather in the form of a torus. Some inverters are available with a built-in voltage regulator function, while others have solar controllers installed. In addition, there are mains and hybrid inverters. Most high-end models of inverters have software that allows seeing graphs of all events on the computer screen, as well as sending SMS on events or requests.

Ability to Work with Any Type of Battery (Acid, Gel, AGM, Alkaline and Lithium Iron-Phosphate)

The Best Power Inverter for truck and semi truck should be able to provide quality, intelligent four-stage charging with temperature compensation and any adjustments available. To handle lithium-iron-phosphate batteries, there is an automatic shutdown output to the BMS. These are the particular most advanced and promising batteries. They have a record service life, up to 30 years, but also cost more than conventional batteries and require special charge control with special devices – BMS.

Are power inverters safe for cars? Sure! Car acid batteries, unlike “traction” (for electric cars and inverters) alkaline batteries are designed for super multiple cycles of discharge and charge but to a value of no more than 25-30% of their capacity, subtracting, from the full. They are also designed for normal discharge with a very high current (starter current up to 350-450 Amperes), but also for the same discharge values. Using more than half the capacity of an acid battery is already bad for its life. Full (or significant) discharge of a good battery will survive only a few times in its life, and each of them will cause its resource indelible harm. Do power inverters drain car battery? That’s a difficult question. Alkaline batteries (for cars and inverters) do not tolerate high current, but they are ready to give medium or small current up to complete discharge. In short, use an inverter of any capacity, but do not let the battery “run down”. Or buy a special battery.

As a result, the car inverter turns your car into a small power station giving 220 volts, and provides a great advantage for road trips, short and long trips out of town. And most importantly, the inverter is not harmful to your battery, but you need to choose the right inverter. So, I hope here you have found the answer to your question! Leave your comments and share your thoughts!