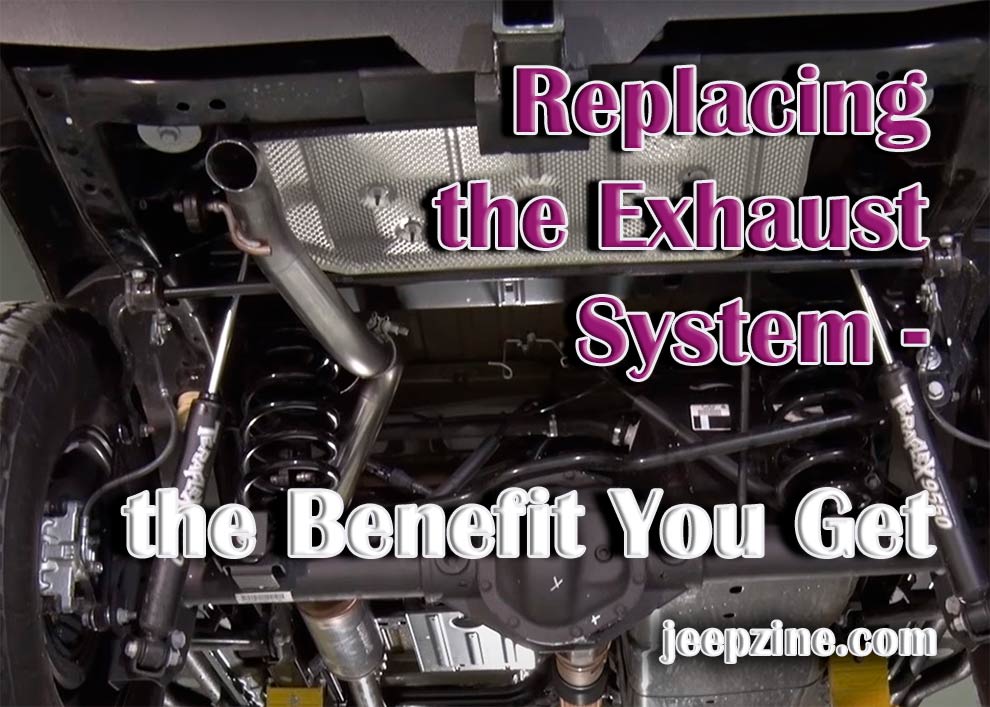 What’s the point in getting a third-party exhaust? That’s the #1 question that pops in the head of the average driver. Well, it could be damaged, and that’s a very good reason to replace it. Otherwise, the crack/leaks or clogged pipes will cause the engine to overheat and lose its efficiency. However, even if the stock system works perfectly, I would still recommend buying an aftermarket unit.

With the best exhaust, you will not only increase the motor’s lifespan but also get a long list of pros. I’m talking about more HP, torque, better acceleration, and even a boost in mileage. Plus, the boring exhaust sounds will turn into a mighty growl and the vehicle will have a much higher resale value. Join me, and let’s talk about it all in more depth.

#1: More “Breathing Room” for the Engine

Unless you’re driving a Prius on super-smooth highways and never go over 50MPH, the engine will constantly have lots of work on its hands. And when pushed close to the limit, it will, eventually, break down. Every single car comes with an exhaust system. And, it has one important job: to remove the toxic vapors from the combustion chamber and to keep the motor nice and cool.

While the factory pipes are mostly decent, they can’t always handle what the road has to offer. An aftermarket exhaust, in contrast, will have newer and better tubes and pipes, and they’ll be more effective at eliminating the fumes. A high-quality catalytic converter will be a part of the deal as well. As a result, you’ll significantly prolong the engine’s life expectancy, allowing it to “breathe” freely and serve you for an extra 2-3 years, or longer.

As we just learned, the less pressure is put on the engine, the more of its potential will “poke through”. So, here’s a quick look at the performance benefits you can expect with a new exhaust:

No exhaust system, air intake, set of spark plugs, or, say, tires can literally “add” horsepower and torque. All these aftermarket gear/accessories do is help the engine, transmission, and the entire powertrain to reach its maximum efficiency. This is very important to understand. Initially, most motors have a pretty mighty power output, but it’s restricted/limited by overheating, bad air/gas flow, and other factors.

A decent-quality exhaust system will help squeeze out up to 10% extra HP and torque. On average, the gains will be slightly less impressive, though (in the 2-8% range). Will you feel the positive changes, though? Well, probably not. Say, with a 250-HP engine, you’ll get 15-20 HP and torque – not a ground-breaking result. On the other hand, professional racers that value every single “horse” will definitely appreciate the boost.

You might not give the throttle response much thought if you mostly drive on highways/city streets, but folks living in the country or suburbs consider it to be a major factor. When driving over a muddy, snowy, icy, or dusty road, an increase in acceleration will have a hugely positive effect on the car’s ability to push through. And it doesn’t even have to be a dramatic change: with the new exhaust handling the fumes at a higher rate, you’ll instantly feel the difference.

Remember: the hotter the engine, the more fuel it has to burn to stay efficient. This is how the laws of physics work. So, when the toxic vapors are eliminated instantly instead of “sticking around” in the combustion chamber, that leads to an improvement in fuel economy. Like with the HP/torque and acceleration, your expectations need to be realistic. For the vast majority of cars, the increase in efficiency ratio should be 1-2 MPG (miles per gallon) or 2-10%.

The actual result depends on the engine type, the efficiency of the catalytic converter, and many different factors, including weather. One thing is for certain: if you’ve got a high-performance air filter with an efficient intake tube, a tuner/programmer, and an aftermarket header, the collective gains in MPG, HP, and throttle response will be pretty impressive.

I’m talking about the sound, of course. Exhaust fumes are the side effect of the combustion reactions in the engine bay. When they’re not dampened properly, you’ll hear a rather annoying noise that feels like there’s a plane nearby ready to take off. That’s where mufflers and resonators come in. They are specifically designed to tame the noise and ensure a comfortable ride.

Now, third-party exhausts have a more aggressive, in-your-face tone. However, the sound isn’t very loud or frustrating. Instead, it is controlled, smooth, and satisfying to the human ear. This is one of the main reasons why off-roading fans buy exhaust systems, by the way.

This one’s pretty obvious: the more brand-new parts any car has, the more expensive it will be on the used market. This is especially true for the exhaust system because for the potential buyers, replacing it will seem like a daunting task. So, if your vehicle has a shiny set of exhaust pipes that handle the fumes like a champ and sound even better, you’ll be able to sell it for a very good price.