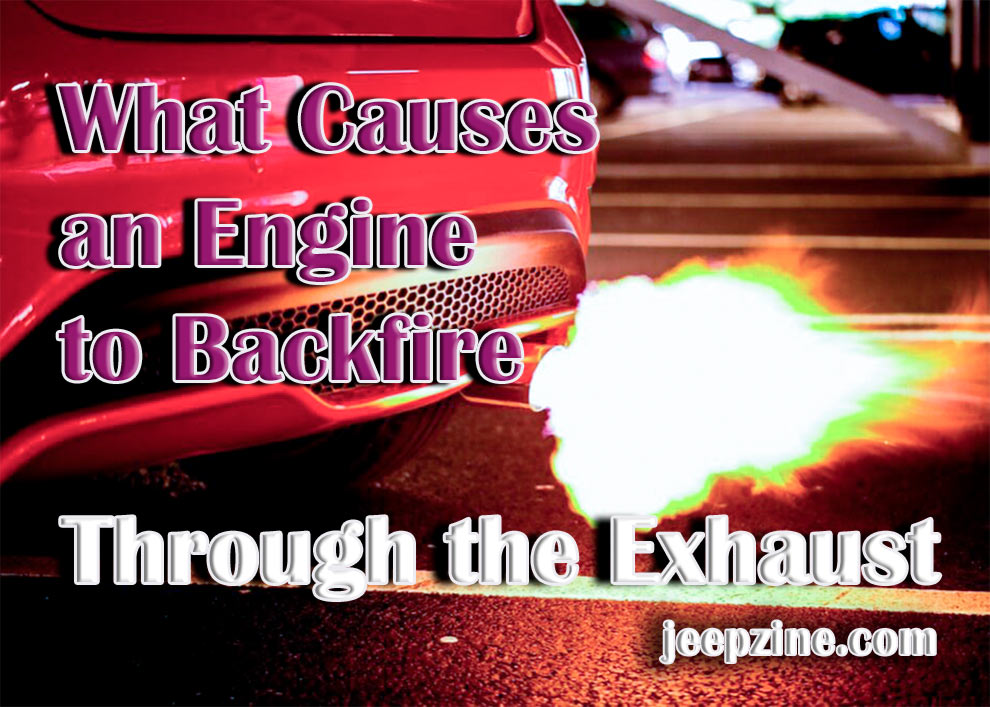 You may have heard exhaust backfire before, but you might not know what it is. When exhaust backfire occurs, the exhaust from the engine is pushed out of the exhaust pipe. This creates a loud popping sound and can create an explosion-like effect on anything in front of it. And that’s not at all the effect you want to achieve to make your car louder. Backfires are caused by a variety of factors, such as bad gas or dirty air filters.

What is exhaust backfire?

Exhaust backfire occurs when the exhaust gases from a piston engine flow into an exhaust manifold and are then forced out of the exhaust system. The pressure waves created by this can cause a loud noise that sounds like an explosion, which is often mistaken for detonation in sports car engines.

Why does it happen?

The most common reason why exhaust gas will leak into the intake air stream through the exhaust valve or cylinder head gasket is due to improper tuning resulting in excess fuel being delivered at high rpm’s. This causes incomplete combustion inside cylinders with large amounts of unburned oxygen left over after each power stroke. When too much fuel enters these cylinders, some of that air/fuel mix leaks out the exhaust valve as exhaust gas.

How to prevent it?

There are a few things that can be done to help prevent exhaust backfire. One is by installing a diverter, which will keep exhaust gases from entering the intake manifold in certain circumstances and another way is tuning engine management systems with an exhaust pressure limiting system or EGR (Exhaust Gas Recirculation) so combustion becomes complete at all speeds of operation. The other thing you should do if encountering this problem on your vehicle is have your exhaust serviced immediately because unburned fuel inside cylinders leads to carbon deposits building up quickly and eventually damaging valves, pistons, rings and even bearings.

The dangers of backfiring engines

Backfiring through the exhaust is very dangerous. There have been reports of exhaust backfire causing exhaust pipes to melt and even cause explosions inside the vehicle cabin that can lead to injury or death.

What are the symptoms?

The most common symptom is an engine stalling out like a dead battery or no fuel pressure, but you should check your exhaust for leaks if this happens because it could be another issue altogether with dirty exhaust valves. You might also experience high idle speeds due to carbon build-up in the combustion chambers as well as poor performance while accelerating from low-speed situations such as intersections. If these two issues happen at once then there’s a good chance that backfiring through the exhaust has occurred on your car.

Causes of a backfiring engine

The causes of exhaust backfire are as follows:

You may want to check your exhaust for leaks if you experience the following symptoms while driving a vehicle; stalling like a dead battery or no fuel pressure, carbon deposits inside combustion chambers causing idle speed issues, poor acceleration from low-speed situations such as intersections along with these two problems happening simultaneously then there’s a good chance that backfiring through the exhaust has occurred on your car. These types of exhaust problems need to be addressed as soon as possible in order to avoid more serious damage.