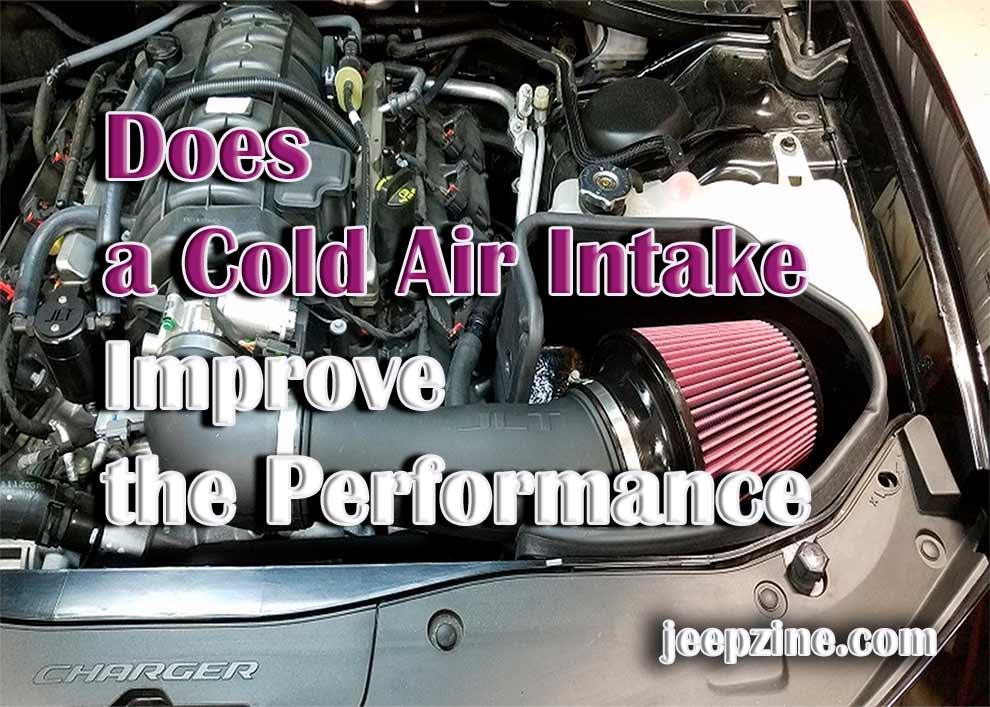 It’s no secret that aftermarket cold air intake systems have many benefits. First and foremost, they maximize the airflow inside of the engine bay, eliminating the chance of overheating. Secondly, thanks to advanced filters, they keep contaminants – dust, pollen, debris – from damaging the motor. But what about the powertrain – can the best cold air intake kit provide a boost in performance, or not?

Will you gain extra HP, torque, acceleration, and fuel efficiency? The answer is yes, you will, especially if you invest in a really expensive intake system. But how big of a difference will you actually see? And, most importantly, is it all going to be worth it for the average driver, or not? Well, that’s exactly what we’re here to figure out! Join me, and let’s talk about all this in more detail.

By maximizing the airflow, a premium-quality cold air kit lets the engine “breathe”. What I mean by that is the engine gets to reach its full potential. That’s exactly how an aftermarket air intake manages to improve the power output and add horsepower. So, the biggest question is – what kind of a boost are we talking about? Is it 10HP, or maybe 100HP? Well, the exact number will depend on a long list of things.

That includes the truck (the actual model and the year), the engine (a four-cylinder, a V6, or a V8), the transmission, the suspension, and more. But let’s look at the average numbers so that you know what to expect. With an intake kit that was specifically designed to increase performance, the boost can be as big as 10%. Say, if your engine puts out 400HP, with the new air filtration system, you’ll get 440HP, give or take.

Top-quality gear will provide an equally impressive gain in torque. In some cases, you may even get +12% of lb.-ft. of torque, which will have an immediate impact on how the truck behaves on the road. More power means it won’t struggle as much to climb steep hills, go through mud, and push through piles of snow. So, there you have it: a decent air kit will increase torque and HP by up to 10-12%. A less efficient one will give you 10-15 HP and 15-20 torque.

Some folks strongly believe that acceleration is the least important thing for a truck, but that’s far from the truth. When driving on rough terrain and trying to conquer less-than-ideal roads, it’s not rare for the vehicle to move at really slow speeds or even come to occasional stops. Well, that’s where a strong throttle response comes in. A truck that takes forever to accelerate will get stuck a lot more often than one that’s quick to reach 10-15MPH.

Oh, and yes: throttle response and acceleration go hand in hand. Say, if you’re pressing the gas pedal as hard as you can, but the vehicle isn’t gaining speed/accelerating, that means you’re dealing with poor throttle response. An air kit improves this the same way as it does with HP/torque. By increasing the combustion of the fuel inside of the engine, it achieves a boost in acceleration.

If you own a super-duty Ford truck and do a lot of heavy lifting as a part of your job, an air intake kit can improve your vehicle’s towing capacity. This one is really simple: for hauling, the truck needs a lot of HP and torque at higher RPM. And as we just learned, it’s very well possible to gain extra horses and torque with an aftermarket cold air intake. For the best result, I also recommend investing in a cat-back exhaust system.

Here are the facts: by altering the air-to-gas ratio, an aftermarket cold air intake system allows the engine to run more efficiently. As a result, you get up to five extra miles per gallon. That might not seem much at first, but in the long run, it will save you a lot of bucks. To put things into perspective for you: in a year, a truck with 25MPG will save you +/- 300 bucks on fuel compared to a vehicle with a 20MPG ratio.

Now you see how significant the difference can be? Of course, it all depends on the actual fuel prices, how many miles you drive each year, and other factors. But, these are the rough estimates. In five years, a fuel-efficient car will put extra 3K US dollars in your pocket! I have to say that the average boost in mileage is usually around 3MPG, but that’s also a pretty decent deal.

How to Get a Higher MPG ratio

Now, if you want the best possible fuel efficiency out of your truck, look for a model-specific air intake kit. I’m talking about systems that were specifically built with your truck’s make, model year, and engine in mind. This type of custom-built gear will cost you more than the market average, but it will be able to get the most out of your vehicle.

The same is true for the HP/torque, and acceleration boost, by the way. If an air kit was adjusted to be a perfect fit for a certain truck, the improvements in performance will be quite impressive.

With the performance gains out of the way, I want to also talk a bit about some “extra” benefits of a cold air intake. First of all, you’ll get a better engine sound. Instead of the boring “hissing”, the motor will start to roar like it’s a rally bolide or a race-track car. Most stock air kits are designed to work silently. For regular driving on highways and city streets, that’s great news, especially if you’re riding with your family.

But for off-roading, the aggressive tones of an aftermarket intake system are exactly what the doc ordered. This happens because of the increased amount of cold air sucked into the engine. Another big pro – the filters that most third-party cold air intake systems come packed with. They do a marvelous job of keeping contaminants at bay, allowing the engine to run for many years, if not decades.

And that concludes today’s journey into the ins and outs of cold air intake systems. As we learned today, you will, indeed, get a significant increase in performance if you invest in the right air kit. Horsepower, torque, throttle response, and the MPG ratio can all be improved, giving your truck that edge over the competition on and off the road.

This is especially important when you’re conquering uncharted trails and you need all the extra power. True, nothing can beat a brand-new engine, but, if you don’t have that kind of a budget, a third-party cold air kit will be the closest thing to it. Still got some questions about how it works and what kind of a system you should buy? Don’t hesitate to ask away in the comments!